Our 2020 – Top Google Search Trends For The Year 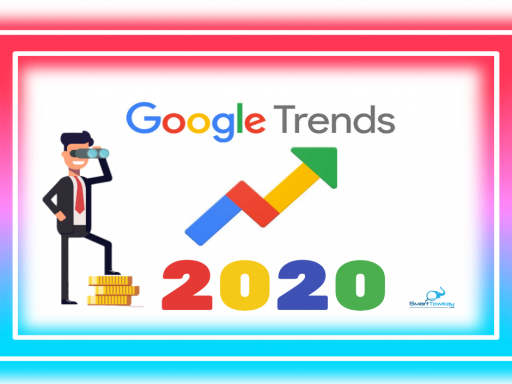 ﻿﻿﻿﻿As this year draws to a close, we look back on what has undoubtedly been a tough time for most people. COVID-19 happened, and the global pandemic changed everything. A horrendous health crisis buckled the knees of numerous countries. Meanwhile, the worst recession since the Great Depression continues to rock the world. Even people who have been relatively insulated so far from both these crises – as most Singaporeans arguably have been – have had to radically change the way they live. The distances between people grew. This prompted some joy when it pertained to work, but even more people sought ways to cope with loneliness and ennui. 2020 is also an election year. The Singapore Parliamentary elections produced a historic result. Meanwhile, the US elections inevitably held the attention of the whole world. All these have shaped what answers and information people have been searching for. The top 2020 Google Search Trends reveal some fascinating stuff. Coronavirus-related searches 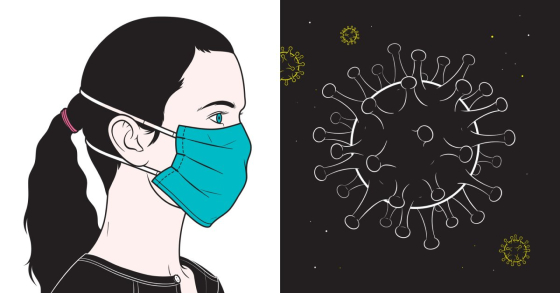 No surprises there - “Covid-19” and “coronavirus” were global top searches, as were searches related to its symptoms and updates on the situation in each respective country.

In Singapore, “how to wear a surgical mask” and “how to make hand sanitiser” experienced a high spike in traffic, while “Wuhan” featured highly on the list of trending international news Singaporeans paid attention to. Our circuit breaker measures – essentially a form of partial lockdown – also prompted many searches, with “Phase 2” and “Phase 3” being particularly popular. 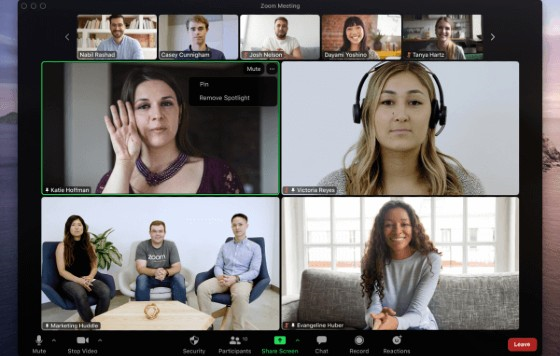 “Zoom” became a global trending search term in 2020 as the video conferencing platform became an indelible component of remote learning and work.

Singaporeans are perhaps more shy – “how to change Zoom background” was a prevalent search term. To be fair, options for individual expression and creativity are few and far between in a socially distanced and remote world. And some virtual background ideas were really very quirky. Perhaps we are just more fun-loving. 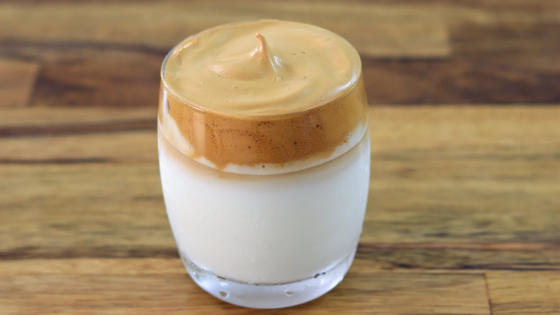 An unprecedented number of people spent the bulk of their time indoors at home in 2020. This had a significant impact on how people lived their lives.

Trending search categories included deliveries for a multitude of items, not least groceries. Property searches surged as well, as the rocking economy prompted demographic shifts both in terms of employees making residential shifts and employers swapping (and downsizing) workspaces.

A rise in demand for convenience was also ironically matched by a growing D.I.Y spirit. People needed something to occupy themselves with in order to pass the time, and many turned to trying and experimenting with new endeavours. The whole world briefly became enamoured with dalgona coffee and how to make it. Viral TikTok recipes like cloud bread also made it to the top searches.

This can be seen in Singapore as well, especially when it came to something that is amusingly quintessential to our Asian identity. “Bubble tea delivery”, already a popular search term before 2020, shot to the top of trending delivery searches. We took to dalgona coffee just as much as the rest of the world, but for a brief period of time during our circuit breaker when bubble tea shops had to remain closed, “how to make bubble tea” became the viral search term. Singaporeans simply cannot make do without our bubble tea. 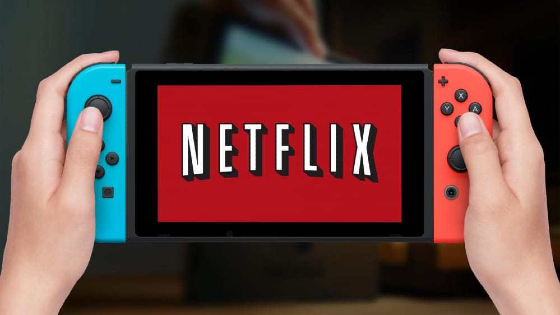 People needed relaxation and distraction more than ever this year. And searches for various entertainment products reflected this mentality. Sony saw the PlayStation 5 trend on the internet searches this year, as the new console platform’s release was highly anticipated. “Animal Crossing”, a game on the Nintendo Switch, also saw a huge spike in searches.

In television, Netflix looks to be the biggest winner, with many of its exclusive streaming titles such as “Tiger King” and “The Queen’s Gambit” becoming highly searched topics.

Movie searches were more muted this year, especially with the closures of cinemas in many countries due to Covid-19. Award-winning South Korean film Parasite became the clear winner in search trends, possibly due to Western audiences needing more context about the premise of the film set in an unfamiliar culture.

Singaporeans are perhaps more appreciative of South Korean culture. Our top two TV searches were “Crash Landing on You” and “Itaewon Class”. 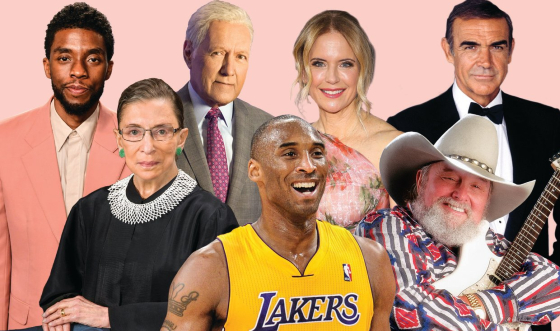 Media personalities experienced a waning influence this year. At a time when real world problems became so soberingly big, celebrity culture understandably took a step backwards in importance. Hollywood stars were met with scorn as they attempted to resonate with the common people, and there was a notable backlash against their expressions of understanding and calls for unity from their sheltered lives and luxury mansions.

However, in a year of much loss and suffering, the world still mourned deeply for the passing of some celebrities, particularly those who were still relatively young. There were huge spikes in searches concerning Kobe Bryant, Naya Rivera, and Chadwick Boseman, who all tragically passed away this year.

Affection was also retained for stars who exude genuine sincerity and approachability. Tom Hanks, much beloved for being down-to-earth, caused great anxiety among netizens when it was reported that he and his wife had contracted the coronavirus. He entered the top 5 searches for people in 2020.

On the other hand, trending Singaporean personalities for 2020 is a category that really shouldn’t fit under a “celebrities” header. Step forth, our most searched-for person: Sengkang MP Jamus Lim. The LSE and Harvard alumnus may have warmed the cockles of our heart during the election season that saw his team capture Sengkang GRC for the Workers’ Party, but he isn’t the only politician that Singaporeans looked up on Google. Indeed, the vast majority of our trending personalities consisted of politicians (or would-be politician, in the case of Ivan Lim). Even Deputy Prime Minister Heng Swee Keat made it into the top 10. Perhaps this was all part of his East Coast plan.

The only exception to the political consociation? Dee Kosh, a Singaporean YouTuber and internet personality. It is not difficult to surmise why Singaporeans have been so curious about him; we all love a good scandal. And claims that he has sexually harassed at least five young men are as scandalous as they come, especially for someone who was previously exceedingly outspoken about the alleged sexual improprieties of other internet celebrities. 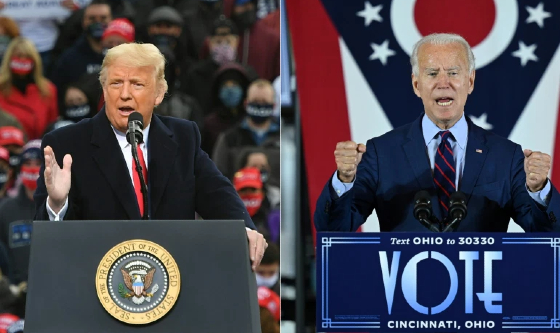 If Singaporeans could be said to have paid a lot of attention to our politicians this election year, that is still nothing compared to the worldwide attention that the US elections received. “US Elections 2020” and “election results” received top global search rankings, as did “Joe Biden”. Presumably everyone in the world is already familiar with Donald Trump by now. Vice-President-elect Kamala Harris also performed moderately well in the search rankings.

Another world leader that was looked up a lot on Google was Kim Jong Un. Back in April, the North Korean dictator disappeared for more than a fortnight amidst rumours that he was in ill health, prompting people to wonder if he had passed away. He has since resurfaced and has even cried on national TV, which must go down as some sort of milestone in his personal development.

Vaccines for the coronavirus have been developed and are now being distributed. Locally, Singaporeans are now looking forward to Phase 3 and the further opening up of restriction measures. There is great optimism that the world will soon move on from this global pandemic. If so, then 2020 will be a unique year that hopefully the world will not have to experience again. The trending Google searches in 2021 should be vastly different.

Not sure whether your company can be qualified for bank loans or alternative lending? Try our A.I assisted loan, and Smart Towkay team will send you a lending report within 24 hours' time. With the lending report, we aggregate and recommend the highest chance of approval be it with BANKS / FINANCIAL INSTITUTIONS or Alternative lenders like Peer to Peer Lenders or even B2B lender! Got a Question? WhatsApp Us, Our Friendly Team will get back to you asap :)
Share with us your thoughts by leaving a comment below! 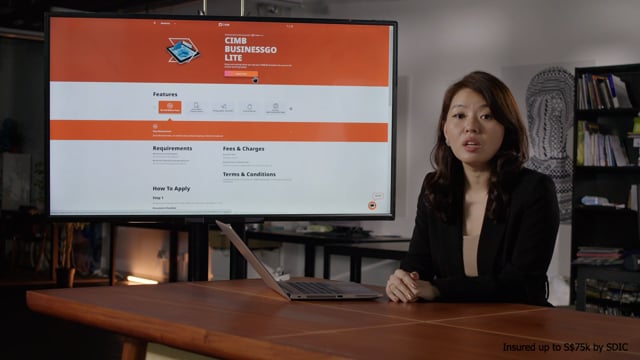 Copyright © 2020. All rights reserved. Use of this site constitutes acceptance of our Term of Use and Privacy Policy