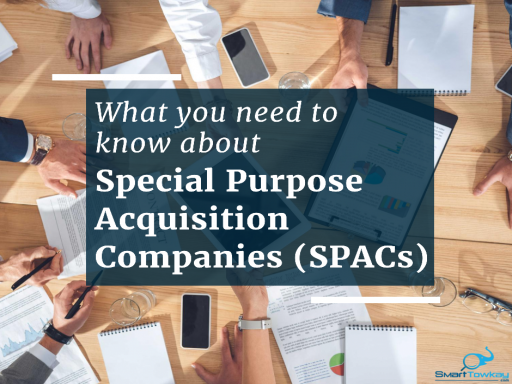 ﻿﻿﻿﻿It has been announced recently that the Singapore Exchange would be taking steps to look into the possibility of listing special purpose acquisition companies (SPACs). This is news that is likely to excite retail investors.

SPACs have been around for decades but were not very popular. Indeed, SGX had explored the same option that they are now a decade ago in 2010 and had not opted to take them on. The reason they might change their mind presently? SPACs have exploded in popularity. In 2020, an unprecedented US$78 billion was raised in the United States, exceeding the combined total of SPACs in all previous years.

Given the increased prominence of these special purpose acquisition companies, we thought we would explore what SPACs are, and whether you might wish to invest/list in one should they be allowed to list in Singapore’s stock exchange.


What are Special Purpose Acquisition Companies?

A special purpose acquisition company (SPAC) is a shell company that does absolutely nothing in terms of commercial operations. Its sole purpose is to successfully go through an initial public offering (IPO) to raise funds and then use those proceeds to acquire an existing private company.

SPACs are also known as “blank check” companies for a readily apparent reason: a blank check (or cheque, for those who speak the Queen’s English) is all the company has. Not only do SPACs not have any existing business operations, but most of them have also not even identified a target company for acquisition at the time of the SPAC IPO.

Instead, the management team have a certain amount of time, usually two years, to hunt around for a suitable company to acquire. Should they fail to do so, they must return their funds to the investors and delist themselves from the stock exchange.


What do SPACs do?

Essentially, SPACs offer private companies a potentially easier alternative to going public than through a traditional IPO. Never an easy undertaking at the best of times, IPOs have looked even more risky than usual due to the Covid-19 pandemic and its detrimental effects on the global economy. As such, it is not difficult to see why SPACs became so popular in 2020.

Instead of having to negotiate with multiple institutional investors and having to put in monumental effort to make sure the company is in compliance with any auditing requirements necessary for an IPO, a private company simply has to negotiate with the SPAC looking to acquire them. The SPAC has already successfully IPO-ed (easily, since they have technically no business to audit), so once a business combination is consummated, the two entities would combine to become a publicly traded operating company.


What are some notable examples of SPACs?

Because SPACs technically have nothing to offer on paper to potential investors, they often need sponsors with some amount of star power in the business world to carry them through a SPAC IPO. SPAC sponsors of note include Reid Hoffman, the co-founder of Linkedin, and former US Republican Speaker of the House Paul Ryan. Even basketball legend Shaquille O’Neal has set up a SPAC.

The most influential SPAC sponsor now would most likely be Chamath Palihapitiya, a former Facebook executive. Having created the SPAC that famously bought a 49 per cent stake in Richard Branson’s Virgin Galactic for US$800 million, Palihapitiya’s second SPAC bought Opendoor for US$4.8 billion and he reportedly has more SPACs ready to launch.

Meanwhile, sports betting company DraftKings merged into Diamond Eagle, a SPAC that raised US$400 million in its share sale. Since then, DraftKings has reached a value of US$12 billion, making it one of the highest valued companies to be publicly listed through a SPAC merger.


What are the advantages of SPACs?

As explained above, private businesses being acquired by a SPAC would find it amenable since it is easier to go public this way than through an initial public offering. The existing investors of the private company can then use the proceeds to cash out, which would tempt them greatly. Selling to a SPAC would also typically fetch a higher price than a typical private equity deal.

Meanwhile, SPACs may have to stump up more money to purchase a company, but that is not money that a SPAC sponsor is personally risking since the proceeds were raised from their own SPAC IPO. In addition, these sponsors will usually also get some amount of stock for cheap as part of the acquisition negotiations. They are thus able to use investors’ funds to personally benefit themselves.

Lastly, investors might be drawn to SPACs because participating in the SPAC IPO is relatively low-risk. While the SPAC is in the process of looking for a business, the investors’ money are placed in escrow. Should they not manage to acquire a company within a time limit, the shareholders get their money back. Should the SPAC's management team identify an acquisition target, all the shareholders will take a vote. Those who do not agree with the business combination can trade in their shares and, again, get their money back.


What are the disadvantages of SPACs?

Once a SPAC's management team has acquired a private company and effectively turning it public, the success of the SPAC deal hinges on whether the stocks of the new public company will trade favourably.

History suggests it might not. An analysis done by the Financial Times showed that the majority of SPACs organised between 2015 to 2019 are currently trading below their original share price on Nasdaq.

One of the reasons could be that companies who have gone public through SPAC deals might not be that well trusted by the investing public since they do not have to go through the high amount of due diligence required for a traditional IPO.

The aforementioned due diligence is also relevant for another reason; fraud is easier to perpetuate without it, and SPACs do not have a very good track record in this regard. An example would be that of Akazoo, a Greek music streaming company that looked to take on Spotify.

Or so it seemed. After it had merged with a SPAC called Modern Media Acquisition Corp, it was found that Akazoo’s previous management had “participated in a sophisticated scheme to falsify Akazoo’s books and records”, including its alleged 5.5 million subscribers. Those who backed Modern Media in the SPAC deal lost everything.


Should you get involved in a Special Purpose Acquisition Company?

We cannot offer a blanket answer as to whether SPACs are a good idea or not; there have been some spectacular successes but also plenty of dismal failures. But the more discerning towkays who have read all of the information above should have come to a stark realisation: SPACs are designed to be heavily in favour of the institutional investors and corporate financiers, while the bulk of the considerable risk is passed on to ordinary investors.

A company looking to go from strength to strength after attaining public status through a SPAC deal will also have to be wary. Deals in America so far have typically allowed for SPAC founders to be given up to 20 per cent of the new company’s stock for a cut-price amount. Giving away one-fifth of the company can be a difficult obstacle for shareholders to overcome going forward.

The answer for all parties lies in the nuances and subtleties of the SPAC deal being negotiated. Should SGX look to allow SPACs to be listed in Singapore, towkays looking to raise funds through public listing but without as much uncertainty around their companies’ valuation may find SPACs to be a viable alternative. But we would urge investors to view this opportunity with caution.

Read also: Everything You Need To Know About Writing and Issuing Cheques In Singapore
Read also: Things to Take Note When Setting Up A Company in Singapore

Got a Question?
WhatsApp Us, Our Friendly Team will get back to you asap :)
Share with us your thoughts by leaving a comment below!