﻿﻿The polling day for Singapore's General Election 2020 will be held on 10th July 2020, and it has been widely expected that the ruling People’s Action Party (PAP) will win the polls, driven by the politically opportunistic timing. However, by holding an election so soon after Phase 2 of post-Circuit Breaker just started, critics deemed it as socially reckless because Singapore, with a population of 5.7 million, has one of the highest Covid-19 infection rates in Asia.

Critics are not wrong, as countries, such as Korea and Israel, that have held elections during this Covid-19 period have seen spikes in infections post-elections. The last thing Singaporeans want is to go into another Circuit Breaker.

The ‘official’ statement is that with a renewed mandate, it would allow the government to deal heads-on with the current economic challenges and Covid-19 threat to general public health, and not be subject to any sustained scrutiny.

Some may argue that this coronavirus pandemic can be used as a double edged sword for the ruling party.

On one hand, the Covid-19 situation has given the ruling PAP ministers substantial airwaves, as they deal with the outbreak. Where opposition parties can only simply watch and are not in a position to do anything, this makes Singaporeans feel that in times of crisis, any unnecessary changes to the current government might lead to more instability and uncertainties.

With the total stimulus package amounting to S$92.5 billion, and the recent care and support packages still fresh in Singaporeans’ minds, these might sway the electorate to stand with the PAP.

Moreover, with the reopening of the Singapore economy, increased infection cases are likely to be expected if safe distancing measures are neglected. A spike in Covid-19 cases in the coming months will no doubt lead to a new level of scrutiny among Singaporeans, and who can predict when the pandemic will end? If now is not the best time to hold an election, then when?

On the other hand, the way Singapore’s 4th generation of leaders handle the crisis leaves much to be desired. This pandemic stress-tested the ongoing policies of over-dependence on migrant workers, the ‘U-turn’ on their policy in the face mask issue (and of course, Minister Chan Chun Sing's leaked audio), and our leader's indecisiveness to react in closing down our borders early.

Opposition parties will definitely be questioning the need to hold the election in this period, and how PAP is unnecessarily jeopardizing public health and safety for their political agenda.

What are The Differences Voters Can Expect During This Coming GE2020?

Physical rallies will be replaced by live broadcasts and on top of party political broadcasts, each candidate will also get 3 minutes of airtime.

This measure will be an advantage to PAP, as historically opposition parties' rallies have seen much bigger crowds than those organized by the PAP. Furthermore, as seen by the previous GE rallies, opposition parties tend to have better public speakers than PAP as most rallies by them are deemed to be not as ‘exciting’ and boring.

Although walkabouts can be continued, safe distancing guidelines, such as not having more than five people gather at one time, will limit the opposition parties' reach to a large number of people in a small amount of time given the short campaigning period. 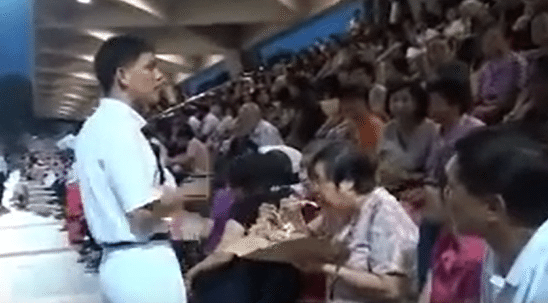 GE 2020 will be one that will see the rise of the importance of social media participation in electoral politics. We will definitely see politicians throwing more budget to promote their contents and videos.

Without the traditional channel of rallies, more candidates will switch to online methods such as live talk shows and online advertisement.

But don't worry about watching your favourite youtube halfway and seeing faces of PAP or Workers' Party (WP) candidates spamming ads on it as Google will not accept political advertisements due to the POFMA (Protection from Online Falsehoods and Manipulation Act) code issued last year to curb foreign interference on Singapore’s politics.

But politicians can still advertise on Facebook and Instagram provided they disclose the identity of the person or the organisation that pays for the advertisement. This is to prevent any spreading of misinformation. However, we do foresee trolls flooding in their live streams.

A check on the various parties' social media reach shows PAP leading with approximately 193,000 followers, followed by WP with 113,000 followers while PSP and SDP have 23,000 and 86,000 respectively as of 25th June 2020. The lowest number of followers is Red Dot United at 613 followers.

As many as 12 Opposition parties would be seen contesting in the current GE2020. We should expect to see contests across the island. Till date, not all parties have openly lay claims to the ward yet.

In the 2015 Singapore General Elections, opposition parties contested all seats which we should expect to see a similar scenario in the current GE2020.

This might be good news for Singapore's political landscape as it keeps the ruling parties on their toes. On the other hand, it might not necessarily be a good thing if some wards have multi-cornered fights which of course will dilute the total votes against PAP. 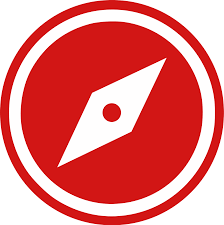 With the announcement of Lee Hsien Yang (younger brother of current Prime Minister Lee Hsien Loong) joining Progress Singapore Party (PSP), one could only hope that he will be contesting in the current GE2020.

Lee Hsien Yang is locked in a long-running row with his sibling, PM Lee Hsien Loong, accusing him of seeking to capitalize on the legacy of their father, Singapore’s late founding father, Lee Kuan Yew.

And if he contests, all eyes will be on him and the un-resolved topic of 38 Oxley road family feud will surely resurface again.

What Is At Stake?

Singaporeans should carefully consider the different parties and candidates vying for your votes, with the current economic climate and the ongoing pandemic, your votes count more than ever in this election.

Despite some sentiments on certain ministers' mishandling of issues such as the situation of the migrant workers’ dormitory outbreaks, the consensus is that PAP still enjoys broad support and will not face any serious challenges in the coming election.

Read also: GE2020: Nomination Day - Summary of Who Are Contesting in Your Constituency

This column does not necessarily reflect the opinion of the editorial board or Smart-Towkay.com and its owners.