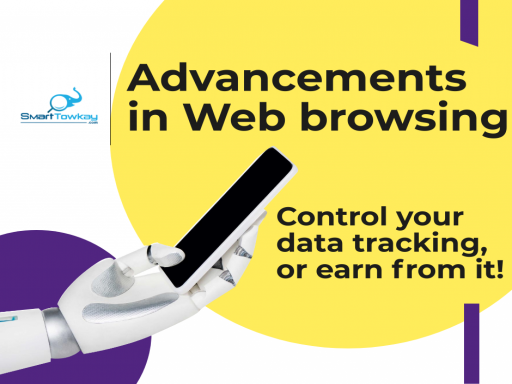 ﻿﻿﻿﻿The internet has given us an unprecedented level of convenience. But what are we giving up in the process? Privacy is a topic that comes to mind when discussing this question. Most people don't know how much data they're giving away to companies like Google and Facebook. These platforms allow advertisers access to user data by implanting cookies (an innocuous sounding term for tracker) so that they can profile and target specific groups with specific products or services.

However, while these companies readily take our data, they appear less committed to protecting them from misuse. In 2020 alone, Microsoft, Facebook, Instagram, TikTok and Youtube have all experienced data breaches, leading to billions of user records being leaked.

In Singapore, personal information from Eatigo and Redmart were illegally accessed, soon after which the government passed changes to the Personal Data Protection Act (PDPA) to include stiffer penalties that companies must face for data breaches.

Given the relatively poor track record of these companies to protect our personal data, not to mention the morally questionable state of affairs where people are hardly made aware that their data is being taken and collected in the first place, nor how they can go about withdrawing consent for it, it is clear that internet users should be given a better choice.

Recently, a company called Gener8 made headlines after its founder, Sam Jones, appeared on British reality TV programme Dragon’s Den, in which entrepreneurs pitch their business ideas to a panel of venture capitalists in the hope of securing investment finance from them.

The venture capitalists – or Dragons – were completely blown away by the pitch and were all eager to invest. Sam’s smooth and polished presentation undoubtedly added a lot of appeal, but it was Gener8’s product and business model that stood out.

Gener8 has created a free-to-use web browser – the Gener8 browser – that can either block adverts and irritating cookie popups or allow users to profit directly from giving their personal data to advertising companies.

In privacy mode, the Gener8 browser limits companies from tracking user’s data online by removing cookies, trackers, and ads. In rewards mode, users are shown targeted ads from Gener8 itself after indicating their preferences for what type of ads they would like to see. They are then rewarded with points which they can use to redeem products, vouchers, or donations to various charities, via the Gener8 Marketplace. Items which can be redeemed currently include discount codes for retail brands like Levi’s and Superdry, as well as Amazon vouchers, Spotify Premium codes, and Netflix gift cards. As the browser experiences more user growth, more brands are expected to join the Marketplace to increase the variety of rewards one can earn.

The project is an alternative to the current system where we hand over our data for free but don't benefit financially in any way. It is not difficult to see why this might become immensely popular.

Currently, more than 650 million internet users are using ad blockers. According to Statista in 2019, that equated to roughly 17 percent of all users, and that figure was projected to grow year-on-year by approximately 27 percent.

This may be due to the aforementioned stream of countless data breaches that have led people to be more suspicious and guarded over who can track and access their online usage data. It may also simply be because people are jaded from being inundated by endless advertisements online.

Gener8 aims to help minimise the first problem but also solve the latter one by providing people with an incentive to let themselves be presented with ads. It believes that advertising and internet companies will be persuaded to let their customers earn a cut of the advertising profits because the business model will bring more internet users back into the online advertising eco-system.

By encouraging users to turn off their ad blockers, Gener8 believes the industry could generate as much as US$40 billion in lost revenue. It is certain that this alone will be enough to convince the industry that giving back to its users would be beneficial.

Gener8 is not the only company to have had similar ideas about how to improve internet users’ browsing experience.

Brave browser also started out as a heavily security-focused browser that took much more extensive steps to guard users’ privacy than the conventional web browsers such as Google Chrome. It has since introduced Brave Rewards, which similarly allows users to profit directly from receiving and viewing ads. The key differentiation is that Brave Rewards awards users in the form of their cryptocurrency, which can then be sold or exchanged for other currencies on a digital cryptocurrency exchange. This might or might not be vastly more profitable for its users (given the wildly speculative nature of cryptocurrency currently) but also requires them to be proficient and interested in the new technology involving blockchain and crypto.

For Singapore users who wish to use something similar to obtain more localised rewards, Killi has redemption options for Miniso, Best Denki, Sephora, Klook and more. It also extends the concept even further for mobile users by rewarding those who are willing to share other data such as location, device model, mobile service provider and IP address.

Whichever option users might pick, or perhaps they will choose to support some other new option being developed for the future, what is evident is that trust in internet companies are at an all-time low as users become increasingly privy to how their data is collected and used by advertisers to target them. People are refusing to be exploited, and the offer of reward goes a long way in placating them. Otherwise, there are also more and more sophisticated tools being developed to help users shut out the online advertising and marketing industry altogether.


Read also: Everything You Need To Know About Business Broadband in Singapore 2021 Edition

Learn More
A member of
Official Financing Partner Of