Natalie Siow Has Become An Influencer, Should Businesses Enable That

It has become difficult to legitimately discern whether Natalie Siow Yu Zhen is famous or infamous.

As the only woman involved in the high-profile Orchard Towers case in which a man named Satheesh Noel Gobidass killed in a fight in July 2019, there is little doubt that 24 year-old Natalie Siow first grabbed headlines for all the wrong reasons.

Initially charged with murder along with the six other men who attacked the victim, Natalie Siow has since had her charges reduced to assault and consorting with a person with a dangerous weapon, which she has pleaded guilty to. This means that instead of facing capital punishment, she received a 5-month prison sentence.

Since she came under public scrutiny, however, her physical features have quickly garnered her a strong following online. While the attention she has received cannot, in good conscience, be considered totally positive, with praise for her looks often degenerating into lewd and sexual comments, the focus has strayed immensely far from her criminal actions. Actions that - it warrants reminding - led to the death of a man.

Before the incident, Ms Siow’s Instagram following was not particularly noteworthy. To say that this has all changed now is an understatement. Her number of followers steadily grew as legal proceedings were reported on and mentions of her appeared in the media. Indeed, on the day of her sentencing, she gained nearly 500 followers. It is now approximately one week later; Ms Siow’s followership has doubled and presently sits above 12,000.

None of the other parties - all men - involved in the case has experienced this phenomenon.

With her newfound celebrityhood, for lack of a better term, it appears Natalie Siow is making the most out of her situation by directing her online influence into entrepreneurial channels. She regularly advertises beauty products on her Instagram page, some of which she directly sells and others which appears to be from companies who have sought her endorsement. 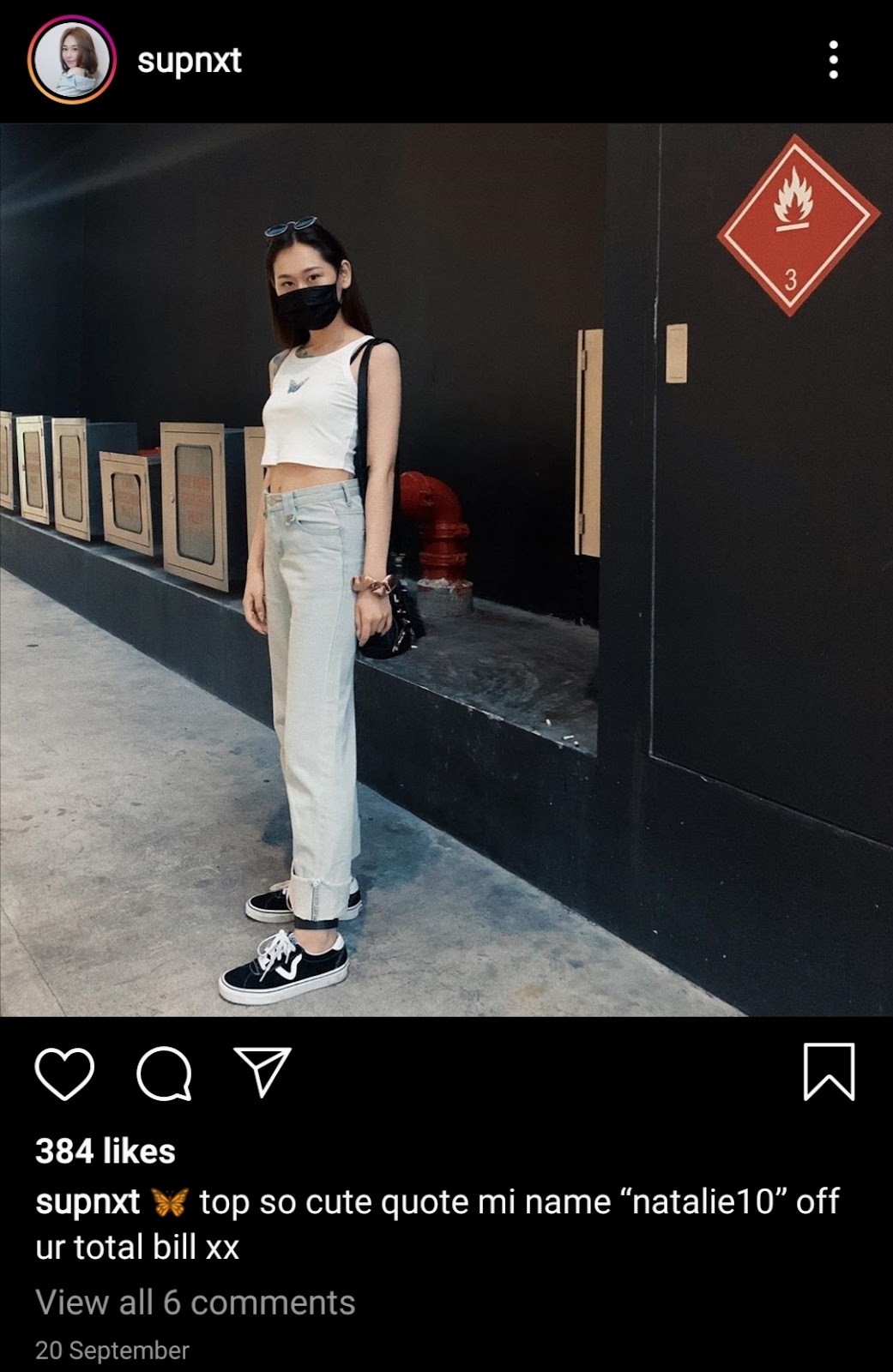 Should Businesses Have Ethical Concerns?

From a marketing perspective, Ms Siow’s branding does not seem particularly out of step in this age of veneration for social media influencers. She is considered to be attractive and her fame, ill-gotten as it may be, is undeniable. You’d be hard pressed to find anyone in Singapore who does not know who she is. 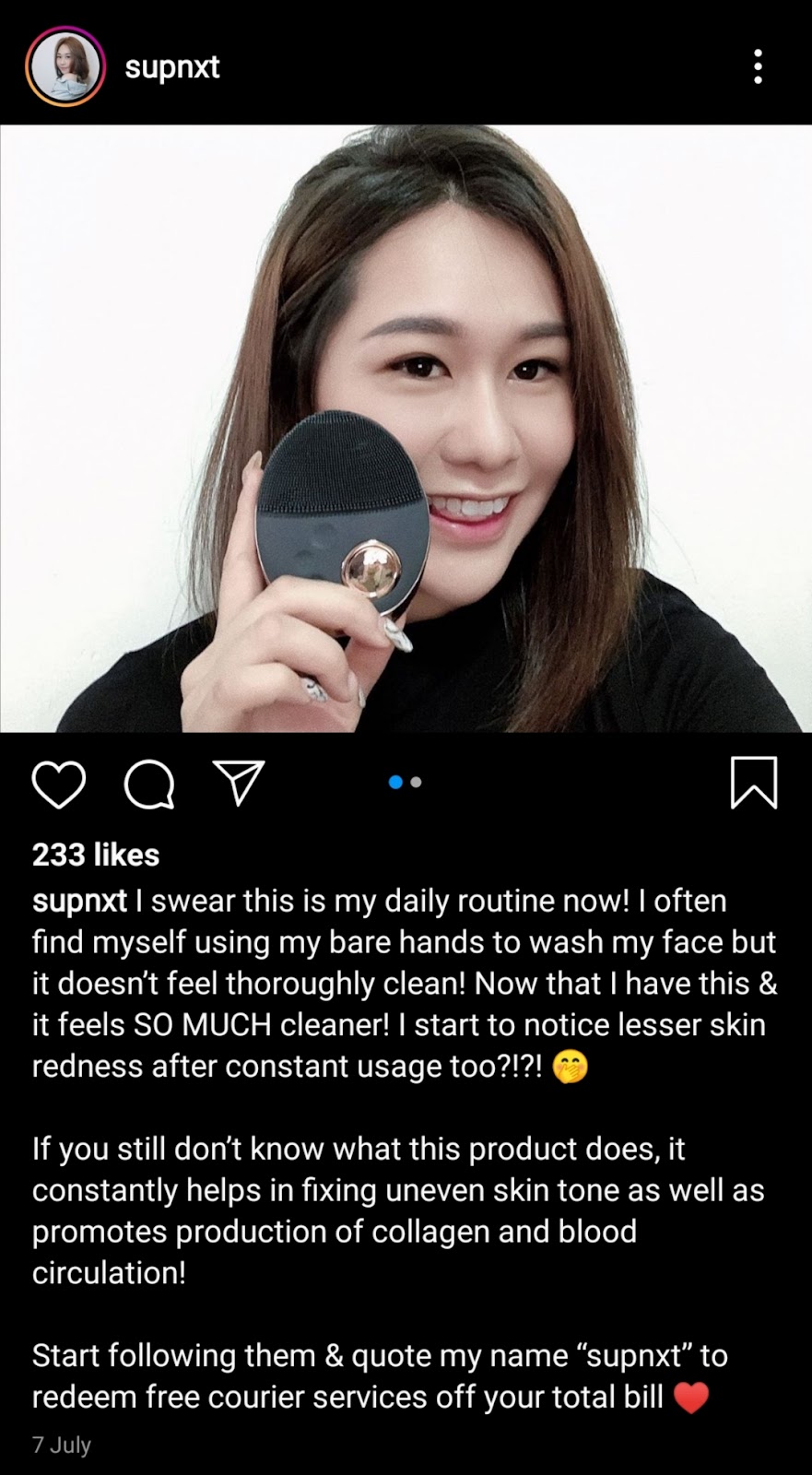 One wonders though, if these corporate entities have weighed up potential ethical concerns in working with an individual whose fame has come directly from a violent criminal act.

Nuance is key here. Natalie Siow is certainly entitled to her right to set up a business and even endorse or promote products from whoever wishes to engage her services. And denying anyone convicted of a crime and subsequently rehabilitated successfully of career opportunities that other people could rightfully have gotten would go against the ideals of an inclusive society.

However, the lady’s business dealings have been underway since her arrest and long before her conviction was announced last week. It is difficult to lend credence to anyone approaching this issue from the angle of providing second chances to offenders who have learned the error of their ways; she has hardly even begun her prison sentence.

One might be tempted to suggest this was a matter of withholding judgement until a court of law had ascertained she was guilty of any crime. This probably does not hold water either. There may have been uncertainty over what charges would Ms Siow legally face, but it was never in doubt that she was directly and materially involved in the altercation that led to a man’s death. There is even CCTV footage of the fatal incident at Orchard Towers, and it has long been circulating on the internet.

It would seem there is little room even for plausible deniability. The facts are stark. A young lady committed a violent crime and first gained public attention because of it. In spite of that, or likely because of that, businesses chose to use the attention she garnered to boost sales. All before this young lady had even begun a single step of her rehabilitation process.

It does not bode well either that Ms Siow seems not to have gone beyond giving a vague cursory apology as part of a wider announcement that thanked her supporters, touted her businesses, and ultimately referring to her prison sentence as merely being “officially away for a while”.

No other indication, at least on the platform on which she does business, is given that she has acknowledged her wrongdoing, much less shown a pronounced intention to atone for it.

And her corporate partners have certainly not obligated her to do so.

It goes without saying that businesses would seek advertising partnerships with people who are popular and have amassed a sizeable following. When an individual is going viral, there is an intense allure for businesses to capitalise on that if they feel the phenomenon can beneficially impact their enterprise.

However, is it in a business’ best interests to enable or encourage the thinking that an attractive individual can gain popularity even by deplorable means, especially if their customer base consists at least partially of young, impressionable youths? Even if it improves a company’s bottom line in the short term, might it perhaps contribute to a social price that is too high to pay for society? For instance, is it possible that others might be tempted to follow a now seemingly established path of exhibiting deleterious behaviour in order to attain fame?

Might there be some consideration given when deciding whether a partnership should be sought, especially in whether a balance can be found between commercial pragmatism and promulgating social rectitude?

These are questions that can only ultimately be answered by businesses.

Got a Question?WhatsApp Us, Our Friendly Team will get back to you asap :)Share with us your thoughts by leaving a comment below!Stay updated with the latest business news and help one another become Smarter Towkays. Subscribe to our Newsletter now!