What is a Management Corporation Strata Title (MCST) in Singapore? 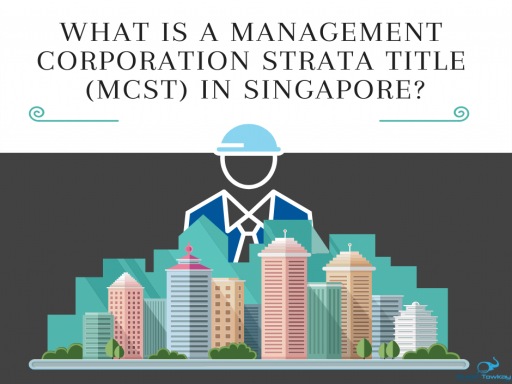 ﻿A strata title or development is a form of ownership devised for multi-level buildings with shared areas. In Singapore, this can refer to residential housing such as private condominiums, as well as commercial ones such as shopping centres, office buildings, and factories.
﻿
Since such properties involve multiple owners as well as common facilities that need to be overseen, the need for a managing body is almost inevitable. Thus, a Management Corporation Strata Title (MCST) would be formed.
﻿

﻿
What are the duties of an MCST?
﻿
An MCST is formed under the Building Maintenance and Strata Management Act (Chapter 30C), and the statute also includes a full list of duties and powers that a management corporation has in respect to the property. There is space for interpretation and discretion within the law, however, and not all MCSTs carry out the same breadth of duties to the same extents.
﻿
Generally, though, an MCST’s duties involve keeping the common areas of a property well maintained and insured. This would include the hiring of personnel such as cleaners, gardeners, plumbers, electricians, technicians, and security guards.
﻿
It also has the power to oversee more ambitious initiatives, such as community development (for eg. organising events for the owners/tenants of the strata development) or upgrading the facilities of the property to appreciate its value, provided permission has been granted.
﻿
﻿
How does an MCST function?
﻿
To understand this, one should first understand how an MCST is formed. Typically, the management corporation or the MCST in Singapore is automatically created already, while the property is being constructed, when the developer submits the strata title plan to the Chief Surveyor and a strata title application is lodged with the Singapore Land Authority’s Registrar of Titles.
﻿
Anyone who has purchased a unit in the development automatically becomes a member of the MCST.
﻿
However, for the first 12 months (called the “initial period”), it is the developer which holds the powers and duties of the council of a management corporation. The developer is also required at this point to open a bank account under the name of the MCST and deposit all the money collected for the maintenance fund into it, making sure to keep a proper record.
﻿
After the initial period, an Annual General Meeting (AGM) must be held, whereupon the owners of the respective units in the development who are members of the MCST must then elect their council to oversee the management corporation. All powers and authorities are then transferred from the developer to the new council, including control of management corporation’s monies, as well as handing over all keys and other means of access necessary for the performance of the council’s duties and responsibilities, such as fire safety.
﻿
The management council is free to oversee everything personally, but most councils would choose to hire an experienced managing agent to see to the operational side of matters, while still being in charge of key decision making.
﻿
An MCST thus comprises of a three-way relationship between the management council, the managing agent, and the members (who are the property owners).
﻿
﻿
Who are managing agents?
﻿
As the management council of an MCST is made up of property owners who could very well have their own jobs and professional lives (especially since a management council position is unpaid), the full-time job of conducting the day-to-day operations of maintaining the property is often delegated to a managing agent who is skilled and experienced in these matters.
﻿
The managing agent would then usually be the one in charge of instructing and paying staff such as cleaners and security guards, enforcing by-laws, handling questions from tenants and residents, as well as ensuring proper accounting and auditing of funds. Part of the maintenance charges levied upon property owners of the development goes towards the managing agent as payment for their services.
﻿
Accreditation of managing agents must come from either the Association of Property and Facility Managers (APFM) or the Association of Strata Managers (ASM), which are in turn recognised by the Building and Construction Authority (BCA).
﻿
﻿
What if conflict arises between owners/tenants and the MCST?
﻿
Ideally, issues can be resolved privately through amicable dialogue.
﻿
Failing that, there are Strata Titles Boards (STB) in Singapore, which are tribunals which serve to mediate and hear applications between subsidiary proprietors and the management corporation, or between subsidiary proprietors, in matters relating to certain disputes arising in respect of strata titled property and orders for collective sales of property under the Land Titles (Strata) Act.
﻿
Bringing a matter before an STB requires an application fee of S$500.
﻿
Beyond that, civil litigation is also an option, as management corporations can both sue and be sued, although it can be a costly and lengthy process.
﻿
﻿

Read also: ﻿Property Tax In Singapore – What Are The Rates And How Are They Calculated? 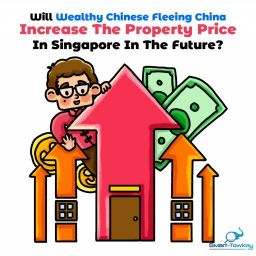 Will Wealthy Chinese Fleeing China Increase The Property Price In Singapore In The Future? 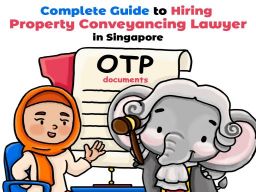 PROPERTY 101: What’s The Difference Between Joint Tenancy vs Tenancy-in-Common