The History of Banking in Singapore

﻿﻿﻿﻿﻿﻿The History of Banking in Singapore

Singapore is an internationally renowned global financial hub – one of the largest in the world and only lagging behind Hong Kong in Asia. There are more than 120 banks operating in Singapore, including the three main local banks (DBS, OCBC, UOB).

The reasons that have led to the success of Singapore’s banking industry over the years include the liberalization of the banking sector, the capitalization on the growing number of high net worth individuals in Asia and other regions like Europe and the Middle East to expand our private banking services, and recognizing and catering to the needs of SMEs who comprise a sizable banking market in Singapore.

But whereupon did all this begin for Singapore? Do Singaporeans still remember some of the earliest banks that were set up here? Let us take a brief look at the history of banking in Singapore to its present day.

It may come as a surprise to most people that Singapore has been hosting many foreign banks since the 19th century when we were a British colony. The Union Bank of Calcutta (a precursor to the present State Bank of India) was the first bank to begin operations in Singapore in 1840.

Thereafter, other foreign banks began to set up branches too. These include the Mercantile Bank in 1856, The Chartered Bank (former body of the current Standard Chartered Bank) in 1861, Hong Kong & Shanghai Bank in 1877, Nederlandsche Handel-Maatschappij (currently ABN Amro Bank) in 1883, First National City Bank of New York (now Citibank) in 1902, and the Banque de L’Indochine in 1905. 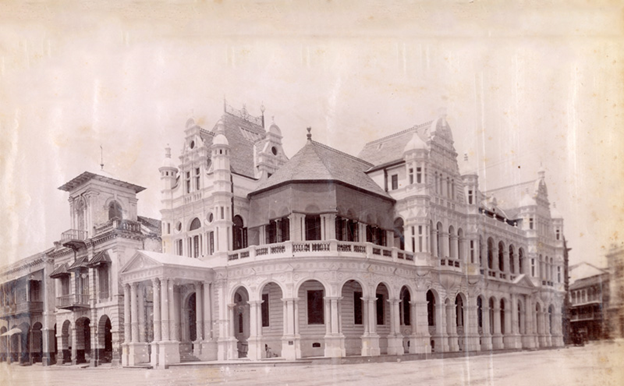 The first bank founded by a local in Singapore was only established in the early 20th century, at the end of 1903. This was the Kwong Yik Bank, then located at 26 Kling Street. The bank was founded by Wong Ah Fook, who was then a leading building contractor and gambier planter. It provided ordinary banking facilities, and arranged for mortgages and loans to its predominantly Chinese clientele.

However, its existence was short-lived; a decade later, due to high withdrawal of funds by depositors, Kwong Yik Bank had to suspend payment. The bank’s directors and shareholders agreed for the bank to go into liquidation in November 1913. Its dissolution did lead to a significant contribution to Singapore’s banking scene; the Companies Bill was subsequently amended in 1915 in order to safeguard the interests of depositors by restricting advances from banks to their directors and officers.

Other local banks fared better. Sze Hai Tong Banking & Insurance Company Limited was established in 1907 by members of the Teochew community and did well enough that it expanded overseas and set up branches in Bangkok, Hong Kong, Shanghai, Swatow (Shantou) and London. It underwent a name change in 1964, becoming Four Seas Communication Bank Limited (a direct translation of its Chinese name) and was subsequently acquired by the Oversea-Chinese Banking Corporation Limited (OCBC) in 1972. Following the acquisition, Four Seas became a subsidiary of OCBC, but it continued to enjoy autonomy in its daily operations for another two decades before finally merging with OCBC in 1998. 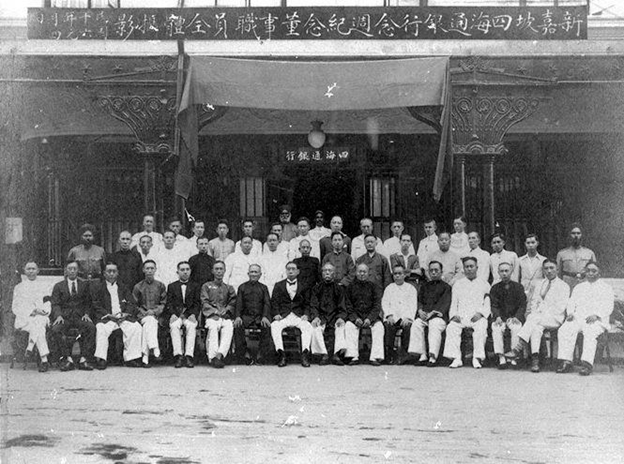 Board of Directors and staff of Sze Hai Tong Banking and Insurance Company Limited at an anniversary gathering outside their head office (Source: National Archives of Singapore)

Meanwhile, Lee Wah Bank, established by Mr. Eu Tong Sen, a prominent Chinese philanthropist and manager of Eu Yan Sang (余仁生), a firm specialising in traditional Chinese medicine, was opened at South Canal Road in 1920. It continued to be in operation until it was acquired by United Overseas Bank (UOB) in 1994.

The aforementioned OCBC was initially a merger between three Hokkien banks, Chinese Commercial Bank, Ho Hong Bank, and Oversea-Chinese Bank, which were all set up in the period between 1912-1929. They came together to form the Oversea-Chinese Bank Corporation (OCBC) in 1932.

Of course, the British colonial government also had a hand in shaping Singapore’s banking history. Founded on 1 January 1877 as the Post Office Savings Bank (POSB), the bank was part of the Postal Services Department in the Straits Settlements and was set up by the colonial government to provide banking services for lower-income citizens. As a public bank, POSB had an illustrious journey, experiencing ups and downs as it traversed the post-colonial landscape and also Singapore’s separation from Malaysia. It became a statutory board under the Ministry of Communications in 1971 and then transferred to become part of the Ministry of Finance in 1974.

In 1998, the Ministry of Finance announced that the Development Bank of Singapore (DBS) had acquired POSB, whereupon it ceased to be a public bank or a statutory board. Today, POSB continues to operate as a part of DBS, where the facilities of both banks can be used interchangeably by customers and is considered to be the oldest local bank to be in continuous operation in Singapore.

Back in 1877, Students were encouraged to save their pocket money by buying and pasting postage stamps on POSB cards and once the card was filled with stamps, they could present to the post office to credit their POSB accounts. 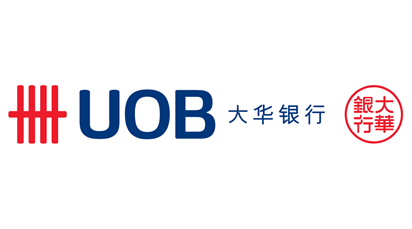 Founded by Sarawak-born Datuk Wee Kheng Chiang, UOB was incorporated on 6 August 1935 as the United Chinese Bank, catering mainly to the Hokkien community in its early years. It renamed itself to United Overseas Bank in 1965, and opened its first branch office in Hong Kong.

After it became publicly listed on the Joint Stock Exchange of Singapore and Malaysia in 1970, the bank went through a series of targeted acquisitions. The bank first acquired the controlling stake of Chung Khiaw Bank in 1971, which expanded its domestic presence and also gave the bank offices in Malaysia and Hong Kong. UOB then acquired Lee Wah Bank in 1973, Far Eastern Bank in 1984, as well as Westmont Bank (now known as UOB Philippines) and Radanasin Bank (now known as United Overseas Bank (Thai) Public Company Limited) in 1999.

At this point, UOB’s history must also include that of another major bank: the Overseas Union Bank Limited (OUB).

OUB was the first new bank to be opened in post-World War II Singapore on 5 February 1949. It was set up by local entrepreneur George Lien Ying Chow, who had previously formed the Overseas China Union Bank (OCUB) in Chongqing when he had escaped Singapore during the Japanese Occupation. The OCUB ceased operations after the war, however, due to the unstable political climate and high inflation in China, and Lien returned to Singapore to start up a new bank.

Despite starting out with only a small capital of $2 million and 27 employees, OUB went from strength to strength and reached an impressive S$300 million in deposits, and has 32 branches in Singapore in 1968. In 1973, OUB became the first Singapore bank to establish its branch in New York. By the 1990s, OUB was the fastest growing bank in Singapore and had become the fourth largest bank in Southeast Asia (behind the Big Three). In 2000, OUB achieved a record S$545 million profit.

Fun Fact:After call for consolidation in the early 2000s, OUB being the smallest of the local "Big Four'", it was a prime target for acquisition. It was first bid by French Bank, BNP Paribas in Mid 2001 which failed and speculation increased that OUB would become a target for one of the three other local banks, or merge with a local bank.

In June 2001, OUB nearly become DBS when DBS made a hostile takeover of $9.4 billion back in June 2001. This drew a competing bid of $10 billion from UOB which was seen as a friendly one, gaining the support of the OUB board and management, as well as the backing of founder, Lien. 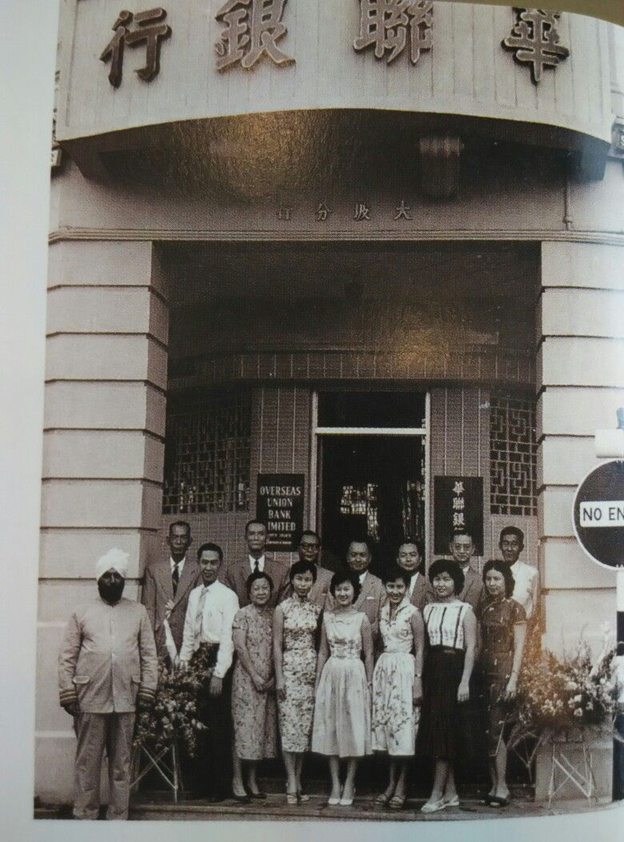 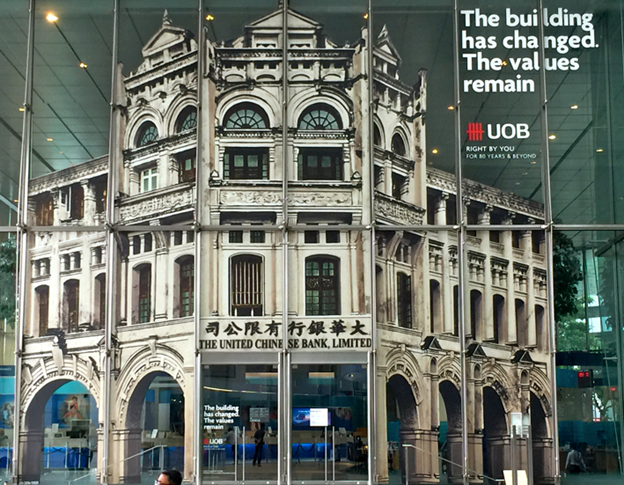 Today, UOB has 68 branches in Singapore and a network of more than 500 offices in 19 countries and territories, managing more than US$200 billion worth of assets. 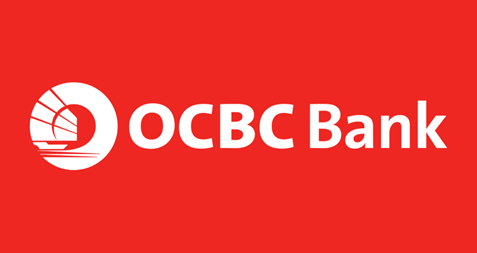 As mentioned previously, OCBC Bank was born out of the consolidation of Chinese Commercial Bank Limited (incorporated in 1912), Ho Hong Bank Limited (1917), and Oversea-Chinese Bank Limited (1919). This gives rise to its claim that it is the longest established bank in Singapore.

OCBC’s early success can probably be credited to its wartime resilience. While all local banks closed briefly during the early days of the Japanese Occupation, OCBC Bank moved its headquarters to India. Its branch in Xiamen also survived the war and thus, it was also one of only four foreign banks, and the only Singaporean one, to have a physical presence in China during the 1950s.

Notable acquisitions that it has made over the years include the aforementioned Four Seas Communications Bank in 1972, then the largest surviving Chinese bank, as well as Keppel TatLee Bank in 2001. 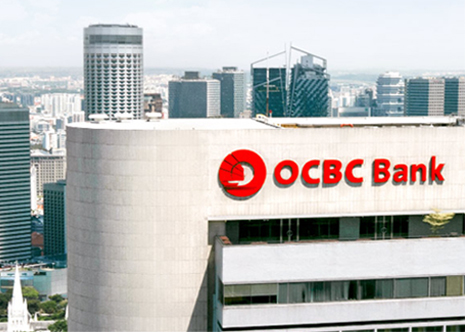 OCBC is presently one of the world’s highest-rated banks, consistently ranking amongst the top five safest banks in the world by Global Finance Magazine and having attained an Aa1 rating from Moodys as well as an AA- rating from both Fitch and Standard & Poor’s. With over S$500 billion in total assets, OCBC is the second largest financial services group in Southeast Asia with more than 570 branches and representative offices in 18 countries and regions. 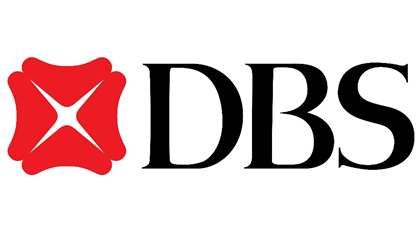 A relative newcomer compared to its peers, the Development Bank of Singapore was set up by the Singapore Government in 1968 to take over the industrial financing activities from the Economic Development Board, which explains its name. Its main purpose was to provide loans and financial aid to the manufacturing and processing industries and to help establish and upgrade existing industries in Singapore. It soon expanded its services beyond development financing to a full-fledged financial institution. 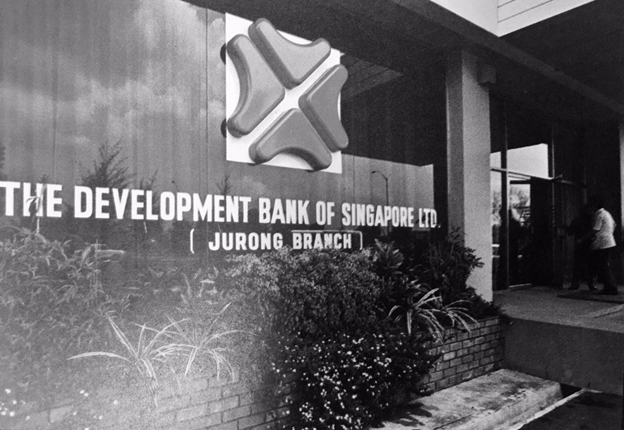 DBS opened its first branch in Jurong in 1972 (Source: DBS)

By the 1990s, however, the Government was recognizing that, with global financial liberalization, small banks would not be able to compete and survive in the international arena. It felt Singapore would be best served if the various domestic banks merged to become only a few (preferably two, it was thought) “super banks” with enough financial muscle to face stronger competition from foreign banks.

Accordingly, it fostered a merger between DBS and POSB, allowing the former to acquire the latter for S$1.6 billion. This made DBS the largest bank in Singapore with a total customer base of 3.3 million and total customer deposits of S$59.3 billion.

DBS is now the largest bank in Southeast Asia, with market-dominant positions in consumer banking, treasury and markets, asset management, securities brokerage, equity, and debt fund-raising in Singapore, Hong Kong, and Taiwan. Just like OCBC, it has AA- ratings from Fitch and S&P as well as an Aa1 rating from Moody’s, and has been accoladed as the “Safest Bank in Asia’ for twelve consecutive years by Global Finance.

Our banking sector has certainly come a long way. From a smattering of domestic banks formed to serve the local population - often demarcated by racial or sub-racial groups - we now have a few major banks which are all multinational organizations with strong international standings. Yet these banks also hold the combined heritage of all its predecessors, as they mainly acquired most of them, and can boast a rich tapestry of history and tradition at their roots.