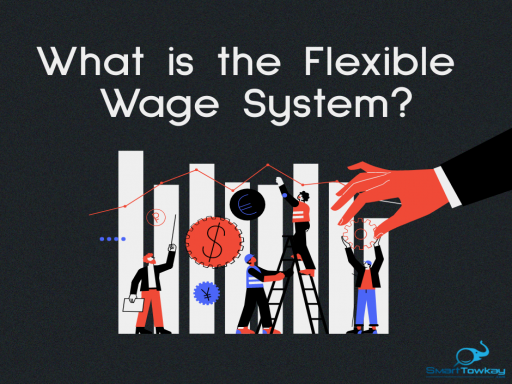 ﻿﻿Amid the prolonged economic slump over the past two years, the National Wage Council (NWC) has been emphatic in its propagation of the Flexible Wage System. By implementing this system, which comprises of a fixed basic wage together with monthly and annual variable components, employers will be helping employees to cushion the impact of any economic crises and minimise retrenchment.

But what is the Flexible Wage System, and how will it specifically affect workers and bosses in Singapore?


What is the Flexible Wage System?

Essentially, the Flexible Wage System allows a company to adjust wages more easily in reaction to sudden or severe economic changes. It does so by splitting up an employee’s monthly salary into a fixed component (or basic salary), a monthly variable component, and an annual variable component.

Within these categorisations, the monthly fixed component is, as the name indicates, fixed and is not subject to change (at least within the context of the flexible wage system). The variable components are the amounts that may be adjusted depending on factors such as company performance and productivity incentives. The annual variable component would include year-end bonuses and other annual wage supplements. The monthly variable component could be sales commission, or simply a portion of the employee’s monthly salary that has been designated to be more easily subject to change.

Under the system, the proportion of one’s salary that each respective component takes up differs for different levels of employees:

This means that in times of economic hardships for the company, up to 30 percent of rank-and-file workers’ salaries can be easily adjusted, while the salaries of those in management positions will have an even higher proportion that is variable.


How does the Flexible Wage System work?

Let’s say you are a rank-and-file employee with a monthly salary of S$3,500. Your MVC would be 10 percent of this amount, S$350. Your AVC would refer to your bonuses, including your Annual Wage Supplement (AWS), also widely known as the 13th month bonus.

When times are hard, the company can lower your monthly salary within the margins of the MVC (i.e. reduce your wages by 10 percent) and refrain from paying out any bonuses that extend beyond 20 percent of your total income.

Any wage cuts implemented should be fair and reasonable. In accordance with the NWC guidelines, your employer can only adopt the wage adjustment as a last resort, after exhausting other cost-saving measures.

The NWC has also pointed out that the system is not just for wage cuts, but also for companies to reward employees when the companies perform well.

What benefits does the Flexible Wage System confer?

That perhaps depends on which end of the political economy spectrum you might be more inclined to lean towards. Those who are in favour of less government intervention might believe that towkays should have full control over how they manage their finances and overheads when reacting to crises like economic recessions.

This system is designed to help companies save costs, but in a specific way. It aims to discourage retrenchment by getting companies to adjust the flexible portions of their employees’ pay package instead, with management supposed to take earlier and deeper cuts.

As part of the guidelines, other recommendations by the council include getting companies to take into account the sector’s and company’s performance and outlook, the level of government support, the cumulative effect of earlier wage cuts and cost-cutting measures, the impact on employee’s finances, and whether employees continue to contribute full or longer working hours.

It also recommends that, to protect lower-wage groups, employers should freeze wages for those earning below S$1,400 a month instead of cutting their pay.

Whether or not these moves are necessarily the most financially prudent or efficient ways for a company to save costs is up for debate. But it is clear that for employees whose companies adopt this wage system, their jobs are more likely to be safe even when the company runs into bad moments.

Last year, only 29.3 percent of employees were under this wage system. It has been postulated that the low take -up rate could be due to many multinational corporations following global salary systems instead.

Smaller businesses also might not have sufficient human resource capabilities to implement changes to wage systems, although this is likely to become less of an issue as HR technology improves.

Nevertheless, the NWC and its tripartite partners will continue to urge companies to adopt the Flexible Wage System.

Read also: Online Corporate Secretarial Services in Singapore 2021 – How Do They Rate Against Each Other
Read also: P-Max Grant: Claim Up to S$10,000 For SMEs to Hire/ Retain New Local PMETs - Extended till End 2021