﻿﻿﻿﻿Freelancers or gig workers are the new workforce and it's important that you're protected. This guide has all the information you need about freelancer insurance in Singapore.

The rise of the gig economy is well-known by now, especially off the back of Covid-19, where many people either lost their jobs or had their income curtailed and needed to seek independent avenues to earn money.

Whether freelancers are involved as a full-time career or as a side hustle in addition to their main jobs, there are pros and cons to the gig economy. There is certainly little doubt that freelancers don’t have it any easier than conventional employees, particularly when it comes to their lack of employee benefits or protection.

Freelancers need to look out for themselves

Under the "Employment Act," the employer is responsible for providing general and work-related accident protection coverage in addition to medical expense benefits up to $100,000. However, if you are self-employed or freelance, you will have to procure these coverages on your own.

Here are some other considerations that might not immediately come to mind when it comes to freelancer protection and insurance:

Most regular salaried employees are provided with some form of group insurance coverage by their employer. This is especially helpful for employees with pre-existing conditions who may not be able to get medical coverage on their own personal health Life insurance term plan if they even have one.

Freelancers, not being on a company’s payroll as an employee, do not receive such a perk.

Freelancers do not get sick leave or hospitalization leave

Employees are entitled to at least a certain amount of paid leave. Gig workers face a harsher reality; if they do not work, they do not get paid as most are on contract basis. That means freelancers need to consider having some sort of insurance coverage that extends beyond paying for their medical or hospital bills. A potentially just as debilitating loss of income will need to be dealt with too especially during this period of Covid-19 time.

Protection for equipment is required too

For freelancers, their tools of the trade are what allows them to bring home the bacon. Without the capital reserves (or the credit to take a loan) that a large company might have, the loss of equipment such as musical instruments or high-end electronic systems might be incredibly costly and impossible to replace.

As such, getting protection coverage for some of these equipment may also need to be considered.

What types of Health Insurance Policy Should Freelancers buy?

As mentioned in the considerations above, freelancers need to take into account loss of income if they are ill, hospitalised, or suffer permanent disability. Disability income, also known as DI coverage and other names like Disability Insurance (DI), is an important addition to freelancers' life insurance plans. In the event they suffer from permanent disability, the policy will cover 75% - 80% of the average monthly salary freelancers make for until retirement or however long the policy they choose provides for.

The other option is to take up an income protection plan, something that is fairly new in Singapore which has developed in response to the rise of the gig economy. These policies are not as comprehensive as conventional disability income policies since they pay out a fixed amount rather than a sum that is calculated based on one’s income, but it provides at least some protection.

The insurance products that provide this form of protection are as follows:

Freelancers do not enjoy group medical coverage from their employers. As such, they absolutely need to get their own medical insurance term plan to help cover any medical bills. In Singapore, MediShield Life is already in place for Singapore citizens and Permanent Residents as a form of basic health insurance.

To boost coverage beyond what MediShield Life offers, one can choose to take on an additional Integrated Shield (IP) plan from private insurers.

Depending on which IP you take up, this greater coverage can come in the form of:

Critical Illness insurance provides a lump sum payout upon diagnosis of a covered critical illness. These illnesses include cancer, stroke, and heart attack. In addition, it also covers expenses such as living expenses and other treatment-related expenses such as transport to and from the hospital, or hiring of a care helper.

Unfortunately, there are not many options to insure equipment since most freelancers are only considered to be individual retail customers. The extent of their protection will most likely come from the manufacturer or retailer in the form of warranties and technical support. AppleCare is an example for Apple’s products like iPhones and Macbooks.

Home content insurance policies may also apply to some of these equipment (particularly if one is running a home studio or home office), depending on the circumstances of their malfunction/spoilage and the terms and conditions of the policy.

When Freelancers work with a client, they may think that the client is their best friend. But, if something goes wrong and the client is mad at them because of it, their friendship and business relationship with the client will end.

If the client has lost money because of your work, then the person might sue you for it. A lawsuit can be tough to deal with. It can cost a lot to defend against lawsuits too.

Insurers offer professional indemnity insurance to freelancers that protects them from legal liability. They provide coverage for incidents like omitting something, losing some papers, infringing on intellectual property rights, and defending claims in court. If your client does not have such coverage then you will need it before you take up a project with them.

A balance between need and affordability

Freelancing is an emerging segment of the economy and the labour laws of the country have yet to catch up fully in its protection of freelancers compared to conventional employees. Freelancers and gig economy workers must be more diligent in seeking out their own safety nets.

In doing so, they must consider carefully what their needs are and prioritize the most immediate concerns based on how much they can afford to spend on insurance. Freelancers may wish to consult a financial advisor before making a decision.

Want to get a quote for your Freelancers Insurance? Let Smart-Towkay Find The Best Competitive Quote For You!You can enquire via Whatapps here!

Read also: What is Public Liability Insurance And Should Your Business Get It?
Read also: COVID-19: How to Reduce Your Company Insurance Costs During This Pandemic
Read also: Business Planning: What is Keyman Insurance and Why Do You Need It?


Got a Question?
WhatsApp Us, Our Friendly Team will get back to you asap :)
Share with us your thoughts by leaving a comment below! 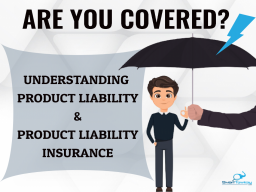 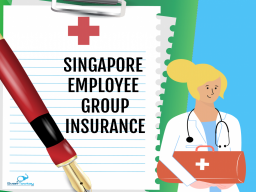 What You Need to Know About Employee Group Insurance in Singapore 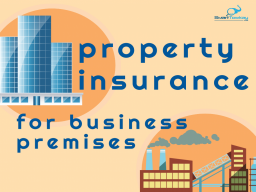 Risk Management: Insurance Coverage for Business Premises – What You Need to Know