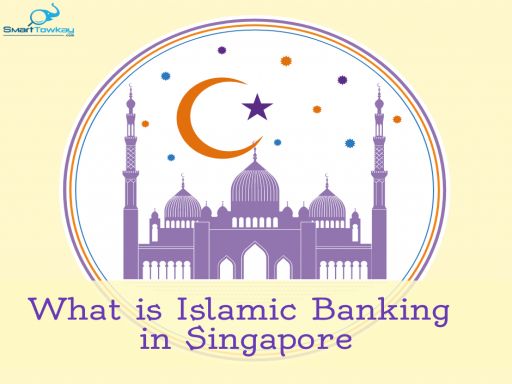 Singapore has been one of the top countries for Islamic banking despite not having a Muslim majority. In Singapore, many banks offer Islamic services as well as conventional ones for their customers. However, outside of our Muslim brethren, a lot of Singaporeans might still be unfamiliar with the concept of Islamic banking.

What is Islamic banking?

It is a type of financial service that is focused on lending and investing without charging interest, which deviates from traditional banking practices. That is because Islamic banking upholds Sharia principles, and the concept of interest or “riba” is considered unethical and is therefore forbidden to be utilised.

This type of banking has been around since sometime during the 20th century when it first started appearing in Malaysia and Indonesia. Islamic banks make their profits by investing with trading partners throughout the world, which means that they don’t rely on high-interest rates from lending out money like other types of banks do.

Another thing that makes Islamic finance different from conventional finance is its focus on profit sharing rather than strict return on investments like most traditional forms of financial services.

Islamic banks do come with certain restrictions, namely they cannot invest in businesses or industries that are “haram” or not allowed in Islam. This includes the pork, alcohol and pornography industries.

Islamic banking also rejects “maysir” and “gharar”, which are concepts referring to gambling and speculative behaviour respectively. These are considered excessively risky behaviour, which may lead to the possibility of immoral practices like fraud or scams.

As one can imagine, a system which prohibits speculative activities and disallows interest bearing loan facilities really differs greatly from what is considered to be conventional banking and finance.

The regulatory regime for Islamic banking and finance in Singapore is different in comparison to other jurisdictions.

Currently, Singapore has no specific law on Islamic finance. The Singaporean Government takes a fine-tuning approach to accommodate both Islamic and conventional banking within a common regulatory framework.

This approach depends on the perfecting process of the existing regulations, rather than making new separate regulations. Therefore, there is only a single legal framework for existing banking and finance system in Singapore regardless of whether it is Islamic or conventional in nature.

The most obvious reason is that it is designed to serve the purposes of those steeped in the Muslim faith so it must necessarily exist. Even for non-Muslims, however, who are also allowed to have an Islamic banking account, the ethics imposed by Islam on its banking system may well hold appeal as well.

By encouraging profit and loss sharing, as well as moral purchasing and ethical investing, an Islamic bank takes on more risk than a conventional bank would. Islamic lenders use a lot less debt to fund their business because they charge fixed rates which means there is less room for defaulting on payments when interest moves up and down significantly like other forms of lending often do (making them an attractive option during times that traditional lending sources may not want to lend out money). This type of financing can work well if you need help starting your own small business or making repairs around the house, but don't have collateral required by most conventional banks.

This approach may be to the approval of regular consumers, particularly after the Global Financial Crisis of 2008, which brought to light many unsavoury and unscrupulous practices in the conventional banking industry. That Islamic banking was relatively resilient in weathering that crisis perhaps stands testament to its ethics-based system, proving that this is not an unsustainable way of banking.

The most common types of financial products offered by Islamic banking in Singapore are:

Since interest is not allowed under Islamic law, one might initially have reservations about placing their money under the trusteeship of an Islamic bank. However, the banks have the discretion to reward you with “hibah”, or a “gift” as a form of goodwill. There is absolutely no worry that you won’t earn on your deposit; in fact, “hibah” can often be a higher dividend than the interests offered by conventional banks for their savings account, as can be seen from the simple table below.

Loans in Islamic banking are similar to hire purchase agreements and are called “murabaha” contracts. The bank purchases the asset or commodity that the customer needs the money for and then sells it on to the customer at a cost-plus-profit price. Obviously, the customer is able to pay in instalments, effectively making this the same as a conventional loan except that interest payment is technically not incurred.

However, there is an advantage in the form of financial certainty. Conventional banks often charge an interest rate that is subject to change depending on market forces, even loans with supposedly fixed rates are increasingly pegged to fluctuating rates such as SIBOR or SORA after a number of years. With a murabaha contract, how much one needs to pay back to the bank is immutably fixed and the way to calculate it is much clearer.

Also known as Islamic bonds, sukuks differ from conventional bonds because they are asset-based securities rather than debt instruments. Instead of investors loaning money to the banks for them to invest and then reaping interest from said loan, the bank facilitates a direct purchase of a stake in the assets and then the investor earns a share of the returns from those assets. The investor’s income is thus not generated from loan interest but from profit generated by the asset.

Naturally risk is still involved since the asset might not perform well. However, the concept of ownership and profit (or loss) sharing is carried out; the Sukuk investor and the Sukuk issuer would share this loss, just as they would share the profits if the asset performs well. This is in line with the principles of Islamic banking.

Qard, or no interest-bearing loan, is the transfer of ownership in fungible wealth to a person on whom it is binding to return the same. In other words, the borrowed sum must be returned at an agreed and specified time in the future, but without any additional amount to the loan principal. This is consistent with the Sharia prohibition against riba because the borrower is not compensating the lender for the money advanced.

Notwithstanding the above, the borrower may repay an excess over the Qard amount provided this excess is not stipulated or agreed upfront.

Wakalah refers to a contract where one party acting as principal (Muwakkil) appoints another party to be his/her agent (wakil) to perform a particular task on matters that may be delegated, with or without imposition of a fee. The fee that is given in return for the service rendered is called ujrah.

A simple service-based fee, for example, is between an SME and a P2P platform wherein the former appoints the latter to raise funds on its behalf. Upon successful funding, the SME pays an ujrah sum to the platform.

Within a financing structure, this service-based fee is applied in an Invoice Financing product, whereby the SME appoints the financier as a collection agent to manage and collect the receivables from its client. Upon completion of that role, an ujrah sum is paid by the SME to the financier.

Musharakah is a contract that involves both profit and loss sharing. All the partners in a Musharaka arrangement contribute funds to the partnership. The profit is distributed among them on pre-agreed ratios while the loss is borne by all in proportion to their respective capital contribution. The contract is applied in both Islamic Equity Crowdfunding as well as Islamic P2P financing.

Ijarah can mean “to give something on rent” or “to employ the services of a person on wages given to him as a consideration for his hired services’. For financing purposes, the former meaning is more relevant, and relates to the usufructs of assets and properties, or the legal right to enjoy the use and advantages of another's property.

Islamic finance has experienced continuous growth in the last 30 years, with the value of Islamic banking assets worldwide reaching a total of nearly US$2 trillion in 2019. While there is a long way for Islamic finance to go before it can have a significant impact on the global economy, with only a few western countries having authorised Islamic finance and provided similar conditions to those applied to conventional finance, there is undoubtedly much room for growth.

Within the region, Malaysia is a very active participant in the international development of Islamic finance, and as their close neighbour, Singapore’s involvement is certainly not to be taken lightly.

Read also: What To Do When Your Business Gets Tax Audited
Read also: 2021 [PSG Approved] - Top HR & Payroll Software for Singapore SMEs

Smart Towkay - Singapore's 1st SME-focused comparison site for business banking products. Free up time for more important tasks. Let us do the banking application for you! 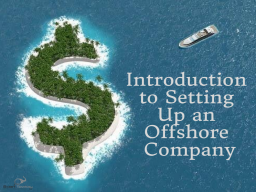 The History of Banking in Singapore