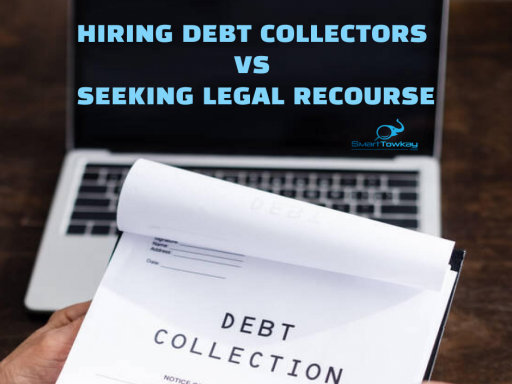 ﻿﻿﻿﻿﻿﻿﻿﻿﻿﻿﻿﻿﻿﻿﻿﻿﻿Collecting outstanding debts is a common problem for businesses. If you're looking to collect a debt, there are two options: using legal recourse or turning to third-party collectors. This blog post will discuss the advantages and disadvantages of both methods so that you can make an informed decision about what's best for your business.

Recently, debt collectors shared a series of Facebook posts and live videos depicting their process of trying to claim repayment of a debt from Naiise at their Jewel Changi outlet (which has since been closed).

These posts have gained a fair amount of attention, with opinions divided between those who thought this was a good approach and those who were against shaming debtors in such a public way.

Ultimately, the debt collectors shared that they had secured a partial repayment to their client.


Why turn to debt collection services?

Debt collection services have risen in popularity over the past decade in Singapore. Our increased propensity to owe money notwithstanding, debt collection services are often considered to be a cheaper alternative to seeking legal means of demanding restitution for a debt. It is also seen to be a more direct process that would not take as long.

Debt collectors typically charge an administrative fee upfront and, if the recovery of the debt is successful, will also take a commission from the debt recovered.

However, what can a debt collector in Singapore actually do in order to secure the repayment of a debt?

﻿Most Debt Collectors typically charge between S$250- S$350 for debt under S$3,000, while for bigger sum they usually charge 20% of the monies owed + Initial Deposit (Depending on the debt amount)

Legally, a debt collector can only do what any private citizen can do if they are owed money – try to contact the debtor by any legal means possible, whether it is through social media or by phone, or simply turning up to a debtor’s workplace or home and requesting to see them.

Since this is their job, they can notch up the intensity a bit more (who would normally be so free to make multiple trips to a debtors’ home or workplace, even to ask for their money back?) but other than relying on shame and an erosion of the debtor’s public image there is actually little else a debt collection service can utilise in their arsenal.

However, if a debtor is willing to negotiate in good faith, then a debt collector can also mediate between the debtor and the creditor as middlemen and help to negotiate a loan repayment plan.

What debt collectors absolutely cannot do is induce harassment, alarm, and distress through unlawful stalking, threatening physical violence, or committing any form of property damage.

Debtors have their legal rights too and have the option to call the police, get a protection order against both the collectors and the creditors, and even file a complaint to the Credit Collection Association of Singapore (CCAS) who can then take disciplinary action against its miscreant members.

In Singapore, debt collection services must be licensed but are actually subjected to very little regulation. Agents of these companies must still be law-abiding citizens and cannot act in contravention of criminal law – that means vandalism, harassment, intimidation, and violence are all strictly prohibited – but there are no specific parameters set around debt-collection methods, resulting in certain grey areas.

In theory, the Credit Collection Association of Singapore (CCAS) has a code of conduct that does rather comprehensively cover what debt collectors should and should not do in various different situations. However, since this is not legally ratified law, the various companies are not bound to abide by it.

This lack of regulation can potentially lead to unscrupulous debt collectors causing trouble for both debtors and creditors. The latter should thus be very careful about determining the terms and scope of the collectors’ operations.


Is turning to debt collectors cheaper or more effective than invoking legal proceedings?

It depends. Both debt collectors and lawyers start the process off by sending a letter of demand. Perhaps mindful that they do not have exclusive rights over the services of simply sending a letter of demand (since remember, this does not denote the start of legal proceedings), many lawyers have kept their rates in moderation so it is very possible that a law firm could actually charge less than a debt collection service at this juncture if that is all it takes to prompt a debtor to begin restitution.

At this point, some debtors could be more wary of having to deal with the inconveniences a debt collector would bring, while others may be more swayed by the legal weight of a lawyer. Creditors will have to decide for themselves which option is more effective.

However, if there is no satisfactory response to a letter of demand, costs could quickly rack up if the legal option is taken since legal proceedings will have to begin by serving up a writ of summons, along with a statement of claim. Lawyers often charge by the hour, so there is really no telling how much the final bill could be, depending on how complicated the claim is and whether the debtor actually wishes to defend himself against the action by filing for a memorandum of appearance.

Meanwhile, a debt collector charges only an administrative fee and their final fee will only apply if they have successfully managed to help recover the debt owed, so there is greater consistency in how much they will cost (provided they abide by the industry’s non-legally binding standards).

The other major consideration is certainty. As mentioned, debt collection services do not actually have any means to force a debtor to repay the monies owed. Bringing a case through the civil litigation process can be tedious and more costly, but if the case is ruled in the creditor’s favour, a court judgment can compel the debt to be repaid and this can be enforced by a writ of seizure and sale.

If the amount of money owed is less than, or up to, S$20,000, an alternative legal recourse is to file a claim with the Small Claims Tribunal. This is a relatively fast and low-cost option since filing a claim is inexpensive and one does not need to be represented by a lawyer to bring proceedings to the Tribunal. If found in your favour, an Order of the Tribunal has the same legal weight as a court judgment and restitution can be similarly enforced.


It comes down to the creditors’ judgment

The efficacy of either option really depends on the situation and this will need to be weighed up by the creditor. Will the persuasive power of debt collectors be enough, or must there be a need to resort to the lengthy and costly but inexorable civil litigation process? Is the debtor likely to defend himself in court proceedings? Or, on the other end of the spectrum, might legal action compel a debtor to declare bankruptcy where a debt collection service may have instead been able to help negotiate a payment plan or at least partial repayment?

Cost and effectiveness can only be derived from these considerations, so creditors will have to exercise their own judgment. At the very least, however, debt collection services offer an alternative option that can prove advantageous, even if not all the time, and that is surely welcome.

﻿Read also: Receiving a letter of Demand: Everything You Need To Know

Read also: What To Do When Your Business Gets Tax Audited
Read also: 2021 [PSG Approved] - Top HR & Payroll Software for Singapore SMEs 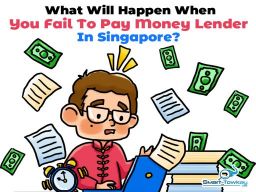 What Will Happen When You Fail To Pay Money Lender In Singapore? 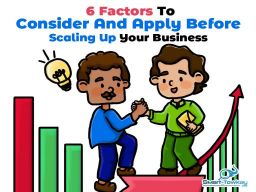 6 Factors To Consider And Apply Before Scaling Up Your Business 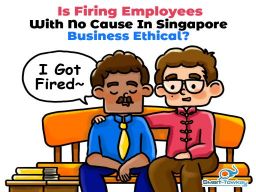 Is Firing Employees With No Cause In Singapore Business Ethical?